Get fresh music recommendations delivered to your inbox every Friday.
We've updated our Terms of Use. You can review the changes here.

The Call of the Void 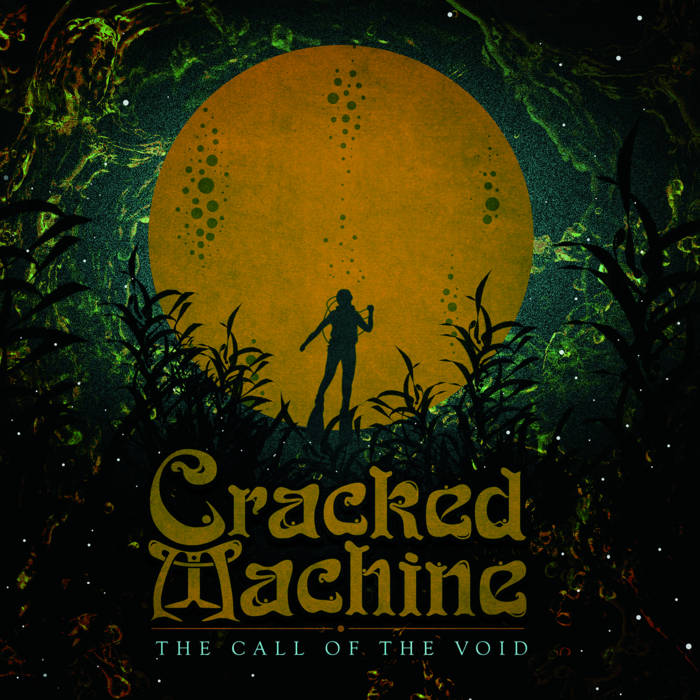 Reek Of STOOM A void-ripping warp through Stoner, Psych, Prog & Krautrock...pillars of sound that propel you into the unknown... Favorite track: Azi Dahakar.

Originally formed in Wiltshire in 2015 by guitarist Bill Denton, Cracked Machine is a quartet of experienced musicians brought together in a quest for aural mayhem.

Known for their commanding and mesmerising live shows, since their formation the band has shared stages with the likes of The Spacelords, Deaf Radio and Qujaku. With the band’s debut album, I, Cosmonaut, still ringing in the ears of those in the know following its release last May on PsyKa Records, follow up album The Call of the Void digs its musical heels in even deeper.

“We have all come from different musical backgrounds,” explains Denton. “Which can sometimes be a tricky situation, but we have developed a style and method of working that embraces the differences. There’s a lot of jamming involved in our creative process and we’ve learnt how to be fairly ruthless with ideas when they don’t work and equally we don’t overthink ideas that do. We definitely thrive on the improvisation side of playing.”

Hook-laden guitars conjure soaring post-rock vistas and showcase a huge progression in their song writing, a progression that’s reconfigured Cracked Machine into a leaner, meaner, and ultimately, heavier sounding machine. While they are happy to hold court and stand shoulder-to-shoulder with the likes of Toundra, Forming the Void and Explosions in the Sky, sonically they are more than capable of capturing the throne from right under their noses.

Recorded, mixed and mastered by Nick Beere at Mooncalf Studio.
Spoken word on Illuyanka read in the original Hittite by Frances Martin (Sister of Iris).

Bandcamp Daily  your guide to the world of Bandcamp

sndtrak stops by with an Album of the Day Feature of his most recent release, FLIPS V1: Triple Lindy